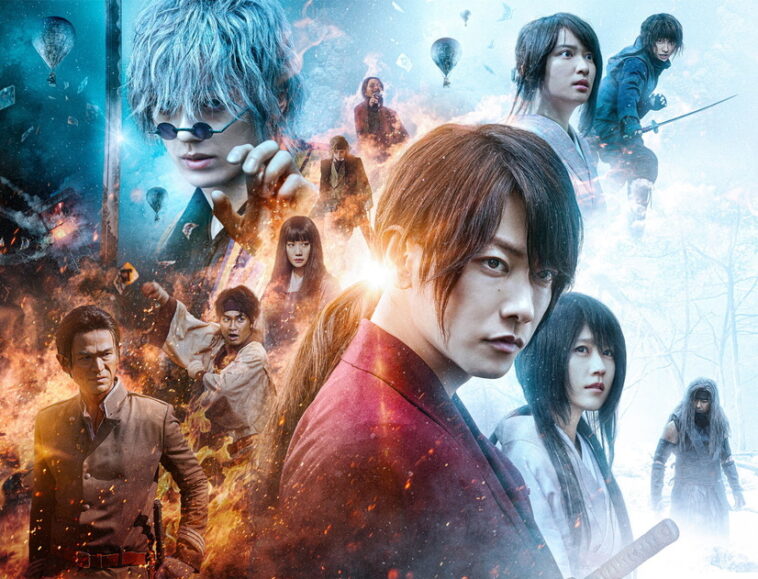 The trailer for “Rurouni Kenshin: The Final” (premiering April 23, 2021) has been released.

“Rurouni Kenshin: Last Chapter” will be developed in two parts: “The Final,” which is based on the last episode of the original story, “Jinchu Arc.” and depicts the climax with Enishi, and “The Beginning,” which is based on “Tsuioku Arc.,” in which Kenshin talks about his past and approaches the mystery of the cross-shaped scar.

In “The Final”, the city of Tokyo is suddenly attacked by an unknown assailant, and as the people he cares about are attacked one after another, Kenshin is confronted by a man who knows the mystery of the cross-shaped scar on his cheek, Enishi Yukishiro. The man’s goal is to destroy everything that Kenshin is involved with and the new era that Kenshin has created.
When Kenshin finds out who the ringleader is, he confesses to his friends his past, which he has never told them before: “I killed my wife with my own hands. ……

ONE OK ROCK, who has sung the theme song for all of the “Rurouni Kenshin” series, has written another new song, “Renegades”.

In addition, an online event “Rurouni Kenshin GLOBAL FAN SESSION” will be held on March 24 to commemorate the release of the film and to thank the fans for their support over the past 10 years.
The event will be broadcast live on YouTube, Twitter, Instagram, and LINE, with the cast and staff carrying out various projects. For more information, please visit the official website. (https://wwws.warnerbros.co.jp/rurouni-kenshin2020/)