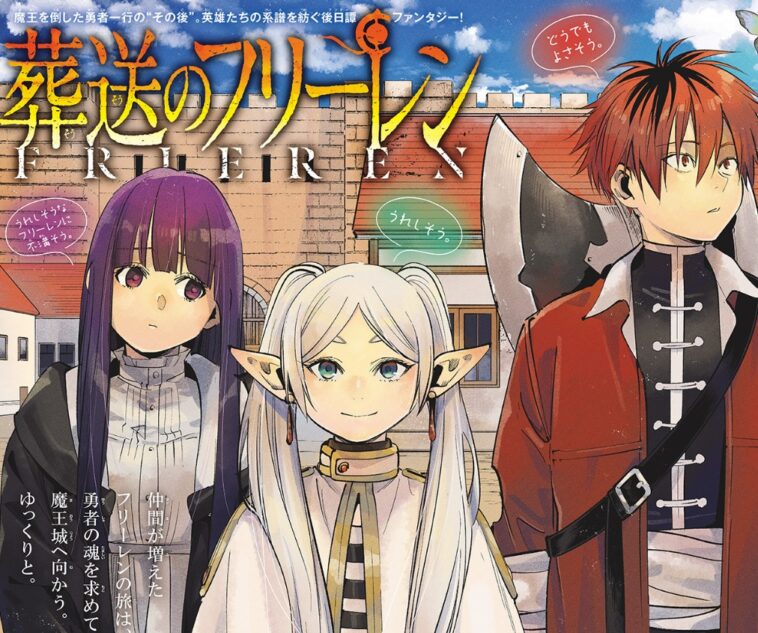 The Manga Taisho Award 2021 has been awarded to Tsukasa Abe and Kanehito Yamada’s manga “Frieren: Beyond Journey’s End (Sōsō no Frieren)”. The announcement of the results and the award ceremony were held today, March 16, at Nippon Broadcasting System Imagine Studio in Tokyo.
“Frieren: Beyond Journey’s End” is a story about the “after” of a group of heroes who defeated the Demon King. The story begins with the heroic Himmel, the warrior Eisen, the monk Heiter, and the wizard Frieren returning to the royal capital after defeating the Demon King. Fifty years later, Frieren, a long-lived elf, is confused and bewildered by her own tears at the death of old Himmel. The story will be serialized in Weekly Shonen Sunday (Shogakukan) from April 2020, and the latest volume 4 will be released tomorrow, March 17.

Viz Media announced its license of the manga last month and will begin releasing the manga in English this fall.

More From: Frieren: Beyond Journey's End