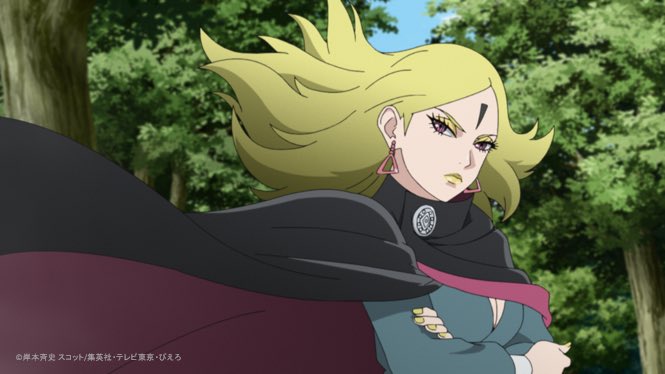 After forcing his way into the village to bring back Kawaki, Delta appears in front of Boruto and the others. Naruto stands in front of Delta to protect Boruto, Himawari, and Kawaki. However, Delta, who is one of the leaders of the “Kara”, which Kawaki fears to be “full of monsters”, attacks Naruto using her body, which has been modified with scientific ninja tools. In response, Naruto unleashes the “Power of the Nine-Tails” and fights. The two, with their monstrous fighting abilities, clash fiercely!