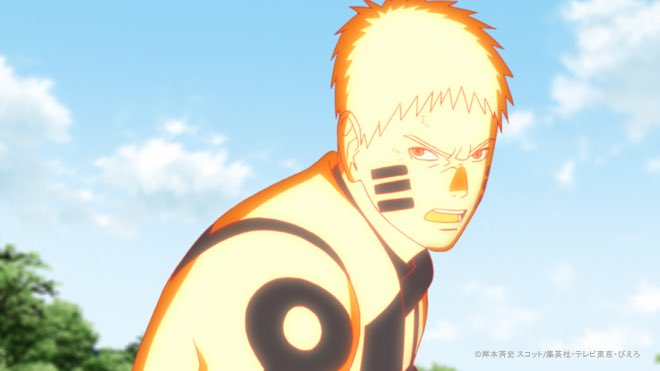 Kawaki, who lost one of his arms in the battle with Delta, was given an artificial hand that was made for Naruto. Originally, the prosthetic hand would only work with Naruto’s own chakra, but when Naruto shares his own chakra with Kawaki, Kawaki is able to use the same prosthetic hand. Surprised, but remembering Naruto’s words that chakra is the power that connects us to each other, and that it exists within everyone, Kawaki asks Naruto to train him in ninjutsu.
At the same time, Jigen learns from Delta’s report that Boruto’s palm has also been carved with karma, and he smiles with satisfaction.