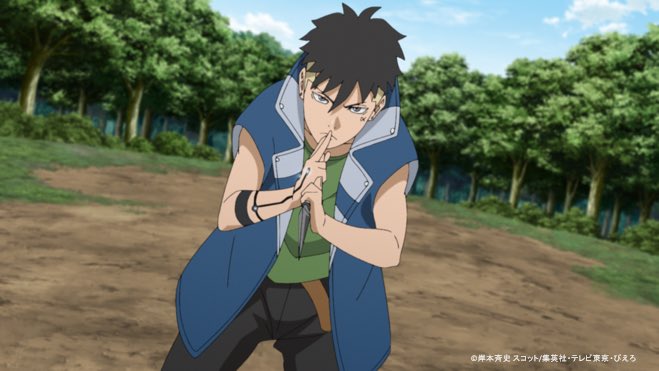 As Kawaki was repairing a broken vase beside the sleeping Naruto, the nine-tailed beast, Kurama, suddenly appeared in front of him. Kawaki is told by Kurama, who have been sealed inside Naruto and have lived together with him, that he resembles the old Naruto. When Kawaki unexpectedly hears about Naruto’s life, he begins to think that he wants to be like Naruto. He also joins forces with Boruto, another person who has been carved with the Karma, and decides once again to defeat Jigen and the “Kara” that is the source of all evil.