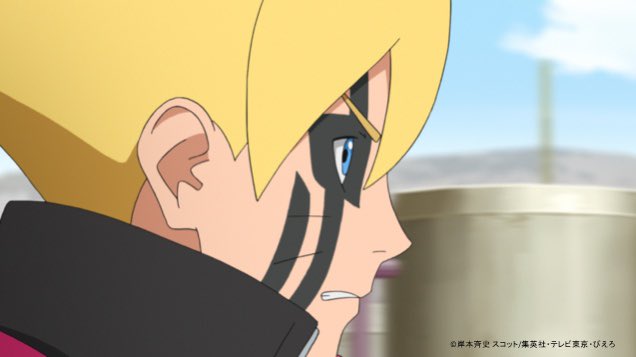 Sasuke appears in front of Naruto, who has been taken away to another space by Jigen’s ability. Sasuke calls Jigen a “dangerous bastard” and says that he is the one who must be defeated here at any cost. Naruto and Sasuke work together to defeat Jigen and engage in a fierce battle, but they struggle against Jigen, who is a highly skilled fighter and uses mysterious techniques.
On the other hand, Boruto gets a bad premonition from the change in his karma, and rushes home with Mitsuki, only to find Kawaki and Sarada worried about Naruto’s safety.