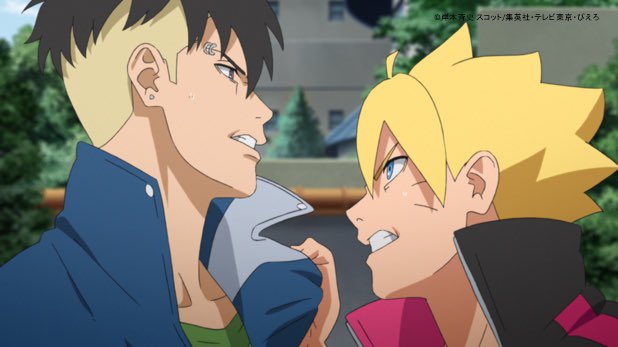 When Naruto, the seventh Hokage, disappears along with his sudden enemy, Shikamaru, the Hokage’s assistant, takes a serious look at the situation and visits the Uzumaki family with his men. Unable to dismiss the possibility that Kawaki is a spy for the Kara, Shikamaru suspects Kawaki, who was by Naruto’s side when he disappeared, and decides to place him under house arrest within the ward for a while. However, Boruto, who has already made friends with Kawaki, is angry at Shikamaru’s attitude and rebels against him. In the meantime, Kawaki senses the chakra that connects him to Naruto through the prosthetic hand that was given to him!