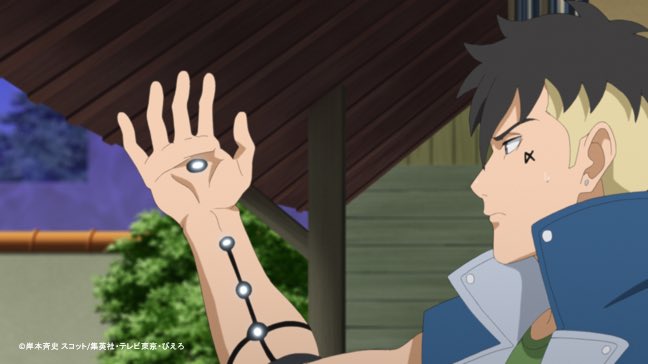 Boruto, Sarada, Mitsuki, and Kawaki use their Karma “space-time ninjutsu” to reach the alternate universe where Naruto was taken. There, the “Kara” Boro, who is monitoring the bowl-shaped hearse in which Naruto is sealed, is waiting for them. In order to rescue Naruto, they attack the Boro one after another, but the Boro, which emits a mysterious “black blur” that takes away the freedom of their bodies, pushes them into a corner. In order to overcome the situation, the four retreat for a while, and with the addition of Kawaki, form the “New Team 7”, a group of four people (Four Man Cell) with Sarada as the captain. They begin their counterattack!