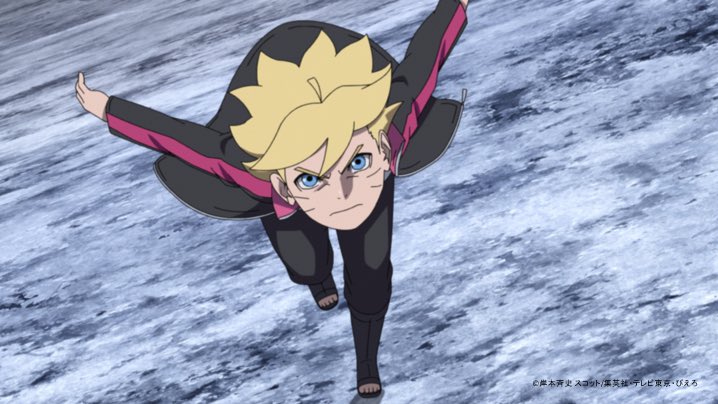 The new Team 7’s all-out attack catches Boro, and the counterattack seems to have succeeded. However, Boro resurrects himself using his monster-like regeneration ability. Thanks to Mitsuki’s quick thinking, they are able to protect themselves from the “black blur” that Boro releases, but they are unable to find a way to defeat Boro’s high fighting ability and immortal body. In the meantime, Kawaki tells Sarada the only way to block Boro’s regeneration ability, and together with his friends, they set out to defeat him!