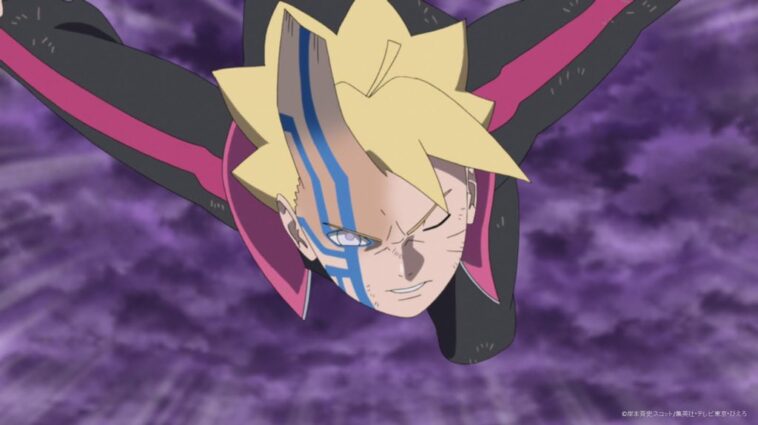 Preview of the next episode (from the official website: https://www.tv-tokyo.co.jp/anime/boruto/):

Kawaki’s fear of Boruto and the strange things that have happened to him, as well as the realization that the Karma is more dangerous than he thought, leads him to believe that the village of Konohagakure will be in even greater danger if he is the one that the Kara is after. Not wanting to put the people of the Uzumaki family, who have been so kind to him, and his friends in the village in any more danger, Kawaki is troubled, but then he happens to see Himawari acting strangely. ……