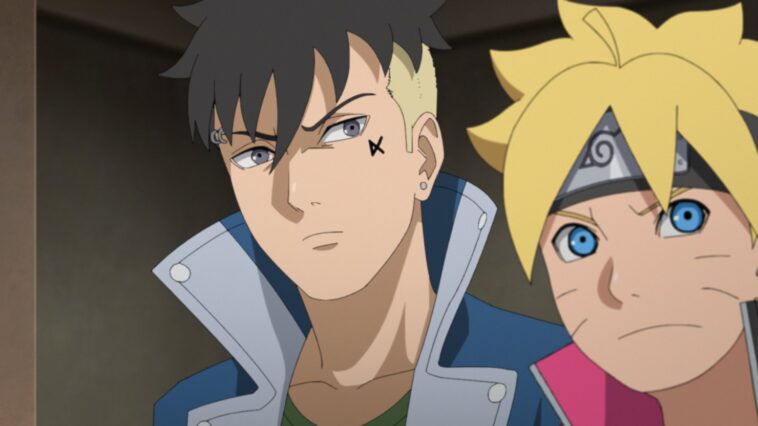 Naruto, the seventh generation of the Hokage Shikamaru, and the others were asked by Amado for what he knows in return for his exile to the village of Konohagakure. Amado tells them that he has been colluding with Kashin Koji to deceive Jigen, the leader of the “Kara”, and begins to tell them that Jigen’s true form is Isshiki Otsutsuki, who came to this land with Kaguya Otsutsuki a long time ago, and what kind of karma is plaguing Boruto and Kawaki. The story begins. And what does this information reveal about the Otsutsuki clan?