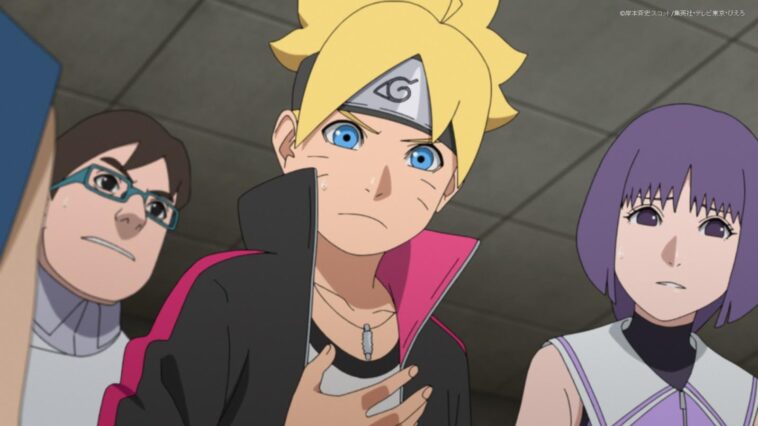 “The battle between Kashin Koji and Jigen began at the hideout of the Kara. If Jigen regains his power as a member of the Otsutsuki clan, there will be nothing he can do against its immense power. Before that can happen, Koji must carefully plan and perform a series of techniques to draw out and defeat the Ishiki that have taken over Jigen’s body. As Naruto and the others watch the battle in the Knohagakure through the tools Amado uses, Koji’s plan works, and the strongest and worst enemy, the Ootsutsuki Issiki, finally appears! At the same time, Naruto and his friends see the shocking phenomenon that has occurred in Kawaki’s wedge (karma).