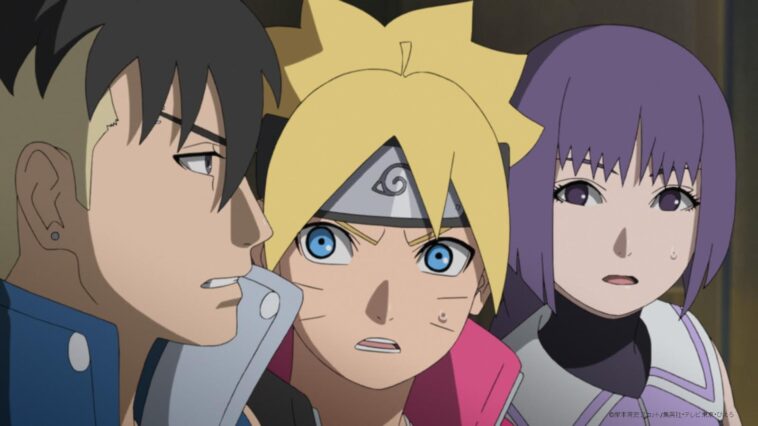 Ishiki, who has finally revealed himself, attacks the village of Kionohagakure to obtain Kawaki, his new “vessel”. As the only ones who can stand against the Otsutsuki clan, an existence beyond human knowledge, Naruto and Sasuke make preparations to intercept them. Boruto can’t wait to fight alongside his father, Naruto, and his mentor, Sasuke, but at the same time, he’s worried that he’s been carved into a wedge and that Momoshiki will take over his consciousness again. The battle is about to begin, and Naruto is the first to make contact with Ishiki!