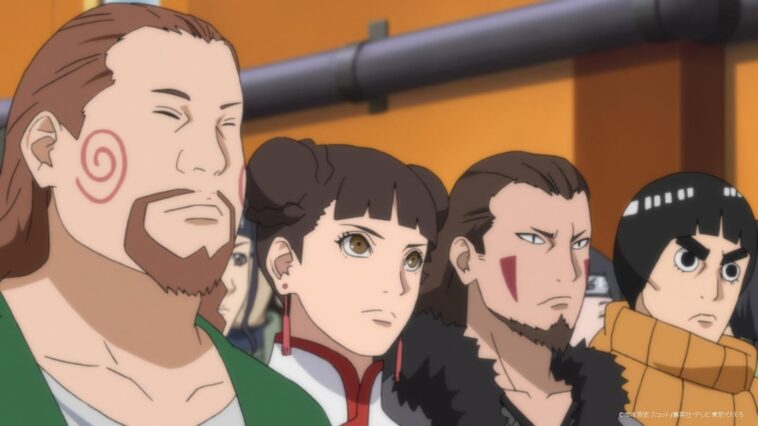 For the decisive battle, Boruto dragged Issiki into the other dimension, and Naruto and Sasuke followed him into the other dimension. The battle to protect Kawaki and their village from the interdimensional strength of the Ishiki is left to Boruto and the three others, and those left behind in the village can only pray for the safe return of the three. Amado says in front of Kawaki, Shikamaru, and the others, “Boruto is the key to this battle. What does he really mean by that?