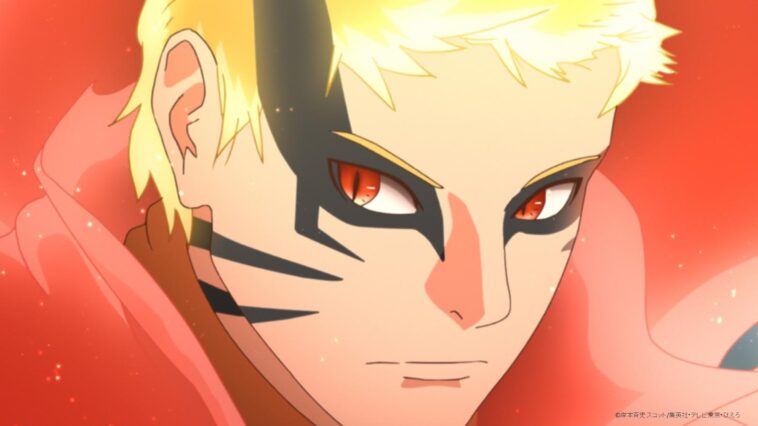 Suddenly, Boruto attacked Sasuke in front of Naruto and his friends, who were exhausted from the battle with Issiki. Boruto, whose consciousness had been hijacked by Momoshiki, stood before them as an enemy. Kawaki desperately calls out for Boruto to regain consciousness. But his voice doesn’t reach him. Sasuke tells him how to regain Boruto’s consciousness, and Kawaki decides to use his newly learned ninjutsu to save Boruto. As Kawaki and the others fight to the death, Naruto finally runs out of energy, and in his dazed state, he and Kurama quietly talk about old memories.