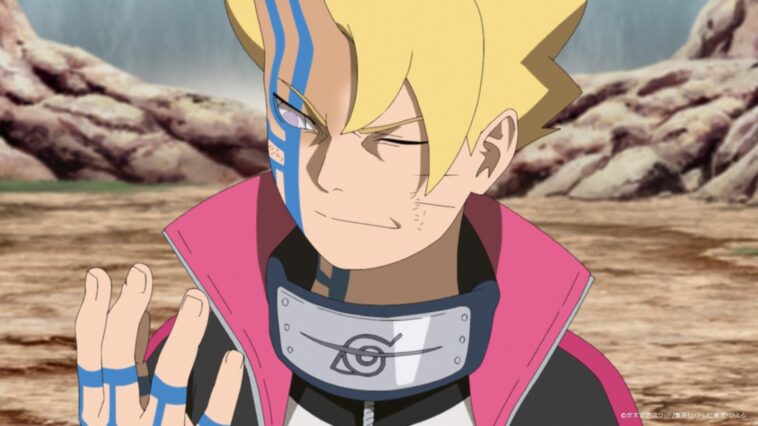 After the battle with the Issiki, Boruto and his friends returned to their village. Although the safety of the village has been protected thanks to the efforts of Boruto and his friends, Boruto is terrified that his consciousness has been taken over by Momoshiki again during the battle. Amado gives him new information about the leader of the Kara, Jigen’s loyal servant, Cord, who is more powerful than Jigen. At the same time, Cord, who has been monitoring the juvenile “Ten Tailed Beast” owned by the “Kara”, is confronted with a question!