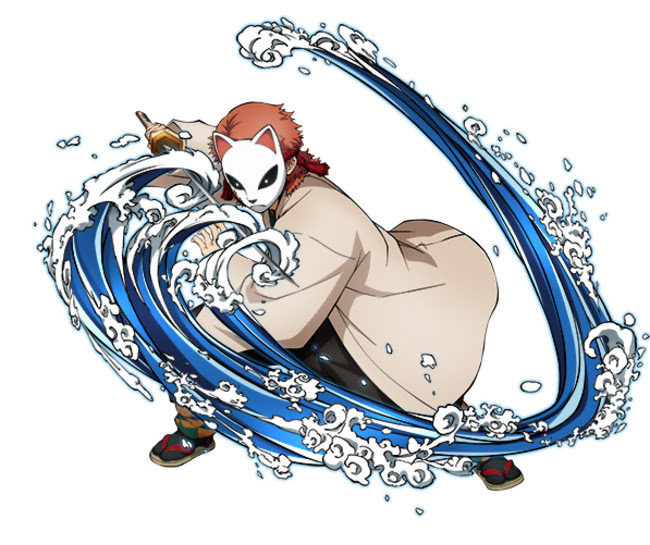 From the video game “Demon Slayer: Kimetsu no Yaiba – Hinokami Keppuutan”, based on “Demon Slayer: Kimetsu no Yaiba”, Sabito and Makomo will be joining the game in Versus Mode. Character visuals and an introduction video have also been released.
Sabito and Makomo are fox-masked boy and girl that Tanjiro met during his training at Sagiri Mountain, and the two, who were raised by Urokodaki, will also use “Water Breathing” to move in Versus Mode.

“Demon Slayer: Kimetsu no Yaiba – Hinokami Keppuutan” is an action game developed by CyberConnect2. The release should take place this year for the PlayStation 4, PlayStation 5, Xbox One, Xbox Series X and S as well as for the PC via Steam.

The price is yet to be determined, and it will be released in 2021.