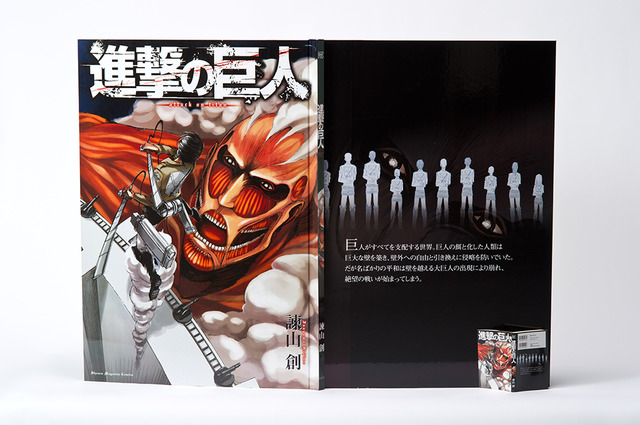 A super-sized version of the “Attack on Titan” comic book, “Attack on Titan for Titans,” has been certified by Guinness World Records. The name of the record is “Largest Manga Book Ever Published,” and it is set to break the record for the largest manga in the world.
Attack on Titan for Titans was released on March 6, 2021 as part of the excitement for the final episode of Attack on Titan. In addition to its size of 1 meter in length, 70 centimeters in width, and 13.7 kilograms in weight, the book will be certified as a Guinness World Record if 100 copies are sold. 165,000 yen (including tax) was the price, but the book sold out in about two minutes after it went on sale.