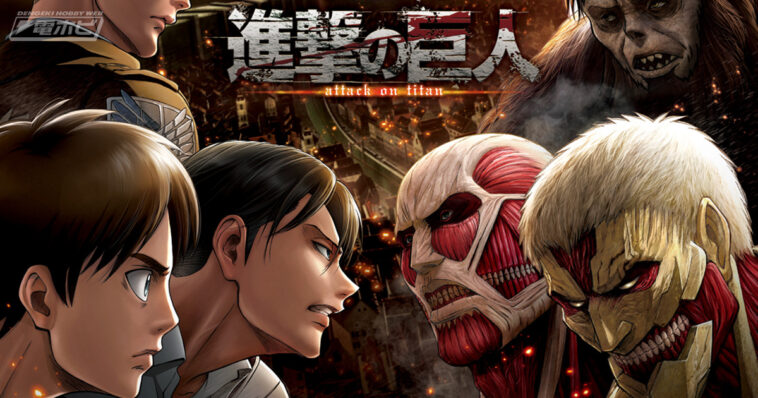 Japanese publisher Kodansha announced today that the first volume of “Attack on Titan” will receive a Titan-sized version. This edition will include a total of 96 pages, which corresponds to the first two chapters. The release also aims to break the Guinness World Record for the “largest comic book ever published,” which has been keeped by “Turma da Mônica” since 2018.

The gigantic manga volume is 1.01 meters tall and 71.5 centimeters wide. Kodansha explained that the book, which weighs 13.7 kilograms, should be stored flat or the pages could deform. You can see some pictures of the XXL manga below.
Those who have decided to buy the “Attack on Titan for Titans” edition should hurry, though, as only 100 copies will be produced, each costing a whopping 150,000 yen. The pre-order period will begin on March 6, 2021, exclusively through Kodansha’s online store, and will run until June 11, 2021, with shipping scheduled to begin in May 2021.