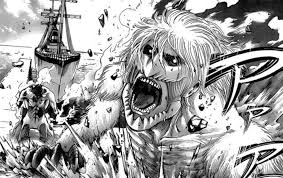 To commemorate the completion of the popular manga “Attack on Titan” next month, the manga app “Magapoke” will be holding a “Titan Popularity Vote” to choose the “your favorite titan”. A total of 100 titans will be nominated, and you can vote until the 22nd March.

On the voting page of Magapoke, a free manga app run by Kodansha, the words “Vote for your favorite Titan! on the voting page. On the page, you can see a list of 100 candidate giants. The result will be released in April.

The final season of the TV anime is currently being broadcast, and the 11 and a half year serialization will end with the May issue of “Bessatsu Shonen Magazine” to be released on April 9.